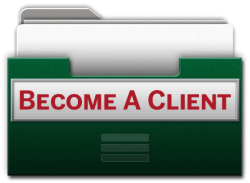 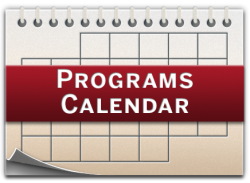 Home » About Us » Our History

In November 2005, the McGuinty Government announced an expansion of the community health centre network in Ontario. West Nipissing responded in August 2006 by setting up a provisional board of directors composed of representatives from various groups in the community. These devoted volunteers worked for many months to complete the necessary procedure to obtain the approval and start-up funds from the Ministry of Health and Long-Term Care. Those volunteers were Collin Bourgeois (Chair), Roxanne Landry (Vice-chair), Dr. Jean Anawati, Claude Dubuc, Perry McLeod Shabogesic, Jacques Dupuis, Cynthia Dèsormiers, Joanne Savage, Carole Venne, Edward Loiselle, Suzanne Gammon and Guylaine Bourget.

In 2007, the Ministry of Health and Long-Term Care chose the consulting firm Cardinal Points to confirm that the community approved the choice of the sponsoring group for the West Nipissing Community Health Centre, to ensure the regional community’s participation and to complete a needs study in order to better identify the health-care priorities in that region.

Further to the study, which was completed in March 2008, a “service plan” was developed, and in order to meet the needs of the population, the West Nipissing Community Health Centre made the commitment to:

In May 2008, the Board of Directors was formed at the first Annual General Meeting. The elected members of the founding Board of Directors were Collin Bourgeois (Chair), Dennis Yapps (co-Vice-Chair), Anne Proulx-Séguin (co-Vice-Chair), Jacques Dupuis (Treasurer), Gisèle Landriault, Ken Paquette, Perry McLeod-Shabogesic, Dr. Jean Anawati and Joanne Savage. The firm Daniel Gingras Associés was hired as a consultant to keep the project moving forward, and Collège Boréal in Nipissing housed the Centre while awaiting confirmation of a temporary site.

During its first year of operation, the Board of Directors approved the adoption of an official name, a logo developed by Perry McLeod-Shabogesic, incorporating documents, and drew up the constitution and by-laws. The Board also selected a permanent site and informed the community of the selection in December 2008. The location of the proposed site is the former Frank Casey School at the corner of Michaud and Ethel streets in Sturgeon Falls.

In January 2009, the Honourable David Ramsey announced that a Service Accountability Agreement had been signed by the West Nipissing Community Health Centre and the Ministry of Health and Long-Term Care in order to ensure accountability in the provision of health services to the residents of West Nipissing and Garden Village. In April 2009, the North East Local Health Integration Network (North East LHIN) took responsibility for transferring that agreement to the Centre.

In May 2009, the Centre announced the appointment of Suzanne Davidson-Noël as Executive Director, and the WNCHC started operating at a temporary site located at the West Nipissing Centre, 145 Main Street, formerly known as the Centre Sagesse, the site of the former hospital Hôpital St-Jean de Bréboeuf.

The hiring of staff was undertaken at the same time of the renovations to the temporary site, and the Centre welcomed its first primary care client on March 30, 2010. Community health promotion programming was also developed in response to the demand in the various areas throughout West Nipissing.

The process for requesting funding for the renovation of the permanent location continued. In August 2011, Honorable Deb Matthews, Minister of Health and Long-Term Care, announced the funding for the renovation project of the permanent location of the Centre. The planning and final approval phase took several years to complete.

In September 2014, the Board of Directors appointed Guy Robichaud as Executive Director, following Suzanne Davidson-Noël’s retirement.

The Ministry approved the final plans of the renovation project in August 2015. The renovation of the former Frank Casey School, located at 68 Michaud Street in Sturgeon Falls, began shortly after, and was completed in August 2016. The West Nipissing Community Health Centre moved into its new permanent location in September of that same year. The well-attended grand opening of the permanent site included the unveiling of a new corporate image and website, designed by CrimsonPepper, a local firm, owned and operated by Howard Longfellow.

In November 2016, the North East Local Health Integration Network (NE-LHIN) approved the Centre’s request for a funding increase to cover the cost of leasing the former Frank Casey Public School gym. This allows the Centre to expand existing programs and develop new initiatives

West Nipissing Community Health Centre strives at all times to provide its services in a way that respects the dignity and independence of people with disabilities.

The WNCHC has access to shared electronic medical records (EMR) through eHealth Ontario’s /ConnectingOntario/, but does not contribute any client information to this shared EMR.